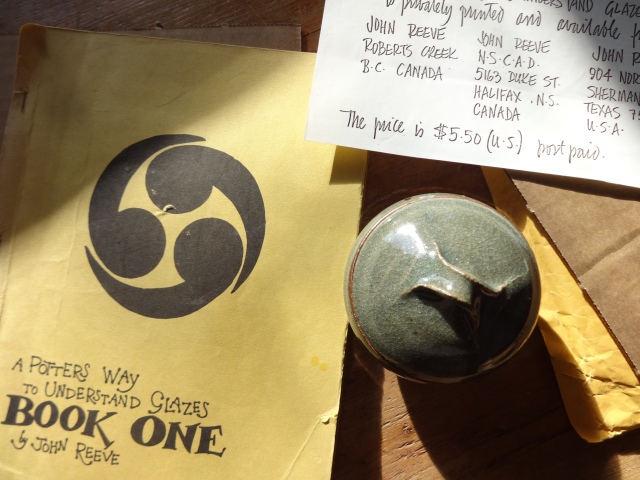 Fall always seems to be the perfect time to take in shows and exhibitions — the laid back summer is behind us, the cold of winter lies ahead — with the weather typically just right for being outdoors as well as in.

Three such shows are in the Toronto area and one is further afield. I would really encourage you to take in at least a couple of them. They will, I am sure, each have their own pleasures and beyond that illustrate how deep, broad and rich is the field of Canadian studio pottery.

This show is an Annual Show and Sale put on by the The Ontario Clay and Glass Association. You can read more about Fusion here. Some 30 + potters and artists from Ontario and across the country will be exhibiting. Side aside lots time for a visit — and bring plenty of cash to spend!  A great place to look at contemporary practice as well as to talk with practitioners. Super!

Ceramic work from a private collection. If you are not familiar with the dynamic of Inuit ceramics, Rankin Inlet, its history and that of the Matchbox Gallery this is also one not to miss. Burlington is just west of Toronto, twenty minutes down the highway and the gallery has one of the largest and finest collection of Canadian studio pottery.  A good bit of their permanent collection is always on display and that alone is worth the trip.

Over the last few years The Gardiner Museum has been somewhat outstanding in its attempt to craft interdisciplinary approaches to the curatorial practice of ceramics and pottery. True Nordic promises to be one of those exhibitions geared to that approach, focusing on Canadian design that includes ceramics, furniture, textiles, metalwork and glass within its vocabulary and presentation. Should have lots of food for thought, discussion and debate.

This show will take you outside Canada, however, the opportunity to look at the work of Canadian master John Reeve would not be one to pass up on — if you are in the vicinity.  Reeve’s career spanned Canada, England and the United States so Minnesota is not so unexpected a place to encounter a  show of his work. It is also the home of his lifelong friend and revered Mid-Western potter Warren MacKenzie. Reeve taught extensively across the States – California, Nevada, Kansas – and though he has that deep connection, B.C. native, Nora Vaillant has been pulled in to curate.